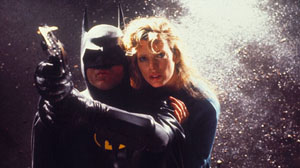 Ok all you night owls and insomniacs, another all-nighter for you at the BFI IMAX in London. This time it’s Batman, The Caped Crusader, the Dark Knight who’s going to be gracing the huge screen on London’s’ Southbank.

The All-nighter takes place this Friday, 20 November and features four BATMAN films, two from Tim Burton and Christopher Nolan’s pair (the others aren’t really worth showing). It will give fans the chance to spend an entire evening with the best of the cinematic versions of Bruce Wayne’s crime-fighting alter-ego, as he battles against the forces of evil.

We have a pair of tickets to give away to the Batman all-nighter, courtesy of the BFI. Click on the link below to enter the competition, but you’ll have to be quick as the contest closes midday on Thursday November 19.