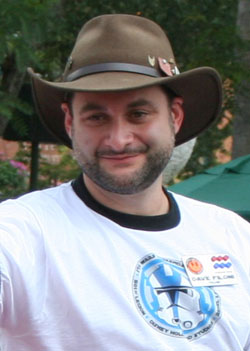 Did the fact that once the 3D models have been created they are much easier to re-use where 2D animation has to be done from scratch every time influence the decision?
That’s kind of misleading, because the creation of a 3D asset is very intensive. That’s why there are fewer characters in those earlier episodes – because we just didn’t have the catalogue yet. But we are building our asset library, and we are also coming up with better production pipelines, so we can expand the universe.

With such a huge universe and mythology to explore why stick with the Clone Wars story arc?
The Clone Wars have always been mysterious, ever since those simple references in Episode IV back in ’77. And while the prequels dealt with the timeframe, we never actually got to see much of the Clone Wars. They begin in Episode II, and they end in Episode III – but there are several years of galactic conflict that we skip over entirely. And during that time, there are heroes, villains, triumphs and defeats. It’s the nature of a war like this one, and now we get to tell those stories.

Was this series devised with a specific age group in mind?
STAR WARS has always been intended for 10 year olds, from the first film to this series. That’s always been George’s target audience.

The Star Wars Tales comic books have a diverse range of stories and styles, including parodies, would you like to explore similar ideas in an animated series, in the way The Animatrix did?
We are already doing that, to a degree. STAR WARS has always incorporated other influences, including other genres. And we’re doing that in our series, too. We just mix them all together.

Apart from STAR WARS is there anything else from the sci-fi/fantasy genre that you would like to make into an animated series? Would you like to direct a live action movie? If so, what?
Before I worked with George Lucas I didn’t give live action directing much thought, but now thanks to his teachings I am really interested in it, even giving it a try in the future. I’m a fan of many stories, but eventually I’d like to try one of my own if possible.

Science fiction movies are some of the most admired films by both critics and public alike, and make a stack of money yet are ignored at the major awards ceremonies. Discuss.
Science-fiction is a great way of exploring archetypes and allegories. We can look at our own world through a different lens, or we can fashion an idealized version of our world. It’s very imaginative, and I think that appeals to people.

The genre seems to work better on television than as movies. How would you explain this?
Actually, there are quite a few genre films that work quite well – including the live-action STAR WARS movies. Lately, science-fiction has been getting more attention on TV, which has led to some fantastic storytelling, though. But each medium has its own strengths.

Which do you prefer: Family Guy Blue Harvest or Robot Chicken Star Wars?
Robot Chicken. I love the ideas Matt and Seth come up with. Their skits are often making fun of ideas and concepts fans have had for a long time, and besides that the animation is fantastic!