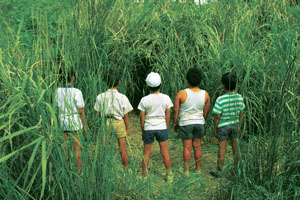 It is a testament to the power of music that a single song by glam-rockers T. Rex could inspire an epic sci-fi manga spanning 24 volumes, which has now been transformed into an equally epic live action movie trilogy, making it one of the most expensive movies to come out of Japan.

The film starts in 1973, when T. Rex were in their heyday, as young Kenji Endo and his friends wile away the long hot summer building a cubby house and fantasising about saving the world from super villains, while staying out of the way of the local bully twins. Their exploits are written down in a notebook that becomes “The Book of Prophecies”. 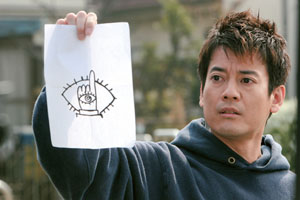 Fast forward 30 years and the schoolboy friends have drifted apart, with most of them ending up as salarymen. Kenji is working in a local convenience store (although without falling to the depths of depravity and geekdom of Kevin Smith’s CLERKS) with his family, while having to look after his baby niece since his sister disappeared. When a friend dies, another local family disappears, and a new religious cult appears, there is an uncanny resemblance to the events written in The Book of Prophecies. Kenji gathers his old school friends to try and find out who is behind the cult and the mysterious disappearances. 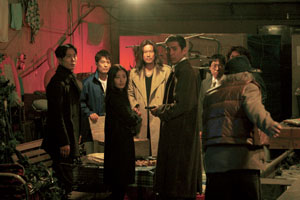 This first part is very much an origins story. For anyone not familiar with the manga, the film is fairly complete in itself so you won’t be left wondering what is happening, but the ending is clearly set up for the sequel. As with most anime, to fully appreciate this film does require some knowledge or understanding of Japanese culture, which means it will make a lot more sense to the anime fan boys than the average cinemagoer. However, even without understanding the subtle nuances of Japanese culture, there is plenty of humour and action, as well as real world references (such as the religious cult), to keep most sci-fi fans engrossed through its almost two-and-a-half-hour running time. And naturally, being Japanese, there is a giant robot trying to destroy the city (where was Dai-Nipponjin when they needed him?)

20th CENTURY BOYS is showing at the ICA in London and limited national release from February 20.