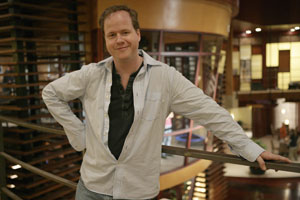 After Buffy and Angel most people thought Joss Whedon could do no wrong (except for that whole parallel universe chapter in Angel) . Then came Firefly, which wrong-footed the vampire lovers, and the TV execs (a different type of bloodsucker), but not the discerning fans. Whedon’s ability to create great characters and universes for them to inhabit, coupled with some of the snappiest dialogue around, littered with pop-culture references, is what earned him the veneration of geekdom. He was one of us. He even wrote X-Men comics. So a new Whedon show is something to look forward to with great anticipation. 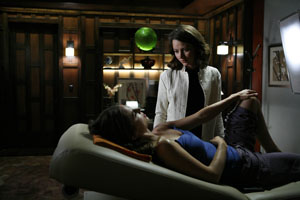 The first episode of his latest show, Dollhouse, premiered on the UK SciFi Channel last night. This is the second new big show that the channel has aired, in as many weeks. Last week was the re-imagining (or whatever it is the marketing people are calling it this week) of Knight Rider, which actually proved to be a great ratings success for the channel. Whether it will maintain that level of audience numbers we will have to wait and see, because, despite a brief cameo by The Hoff, there was a certain amount of dissent amongst the fans of the original series. That is bound to happen with any remake, and maybe the producers were hoping to duplicate the success of Battlestar Galactica, which completely outshone the original – and almost everything else on TV. The new series of Knight Rider isn’t bad, if you like flashy, American, mindless entertainment, but for me there are much better things to watch in the limited time I have available for staring at the TV. 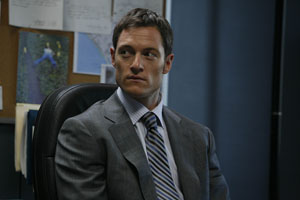 Dollhouse has the potential to be one of the ones I do watch, now that Heroes has finished for this season, after all it is a Joss Whedon. One of the privileges of being a journalist is I get to preview episodes before they go to air, and I have to say that this show is a little slow getting off the ground – not that there is anything wrong with slow, as anyone who watches the fabulous Mad Men will testify. Joss is a great storyweaver, as I have already pointed out by his track record. He can do stunning standalone episodes and complex season-long story arcs. Dollhouse does start off with self-contained episodes that introduce the characters and the concepts behind the Dollhouse (ie people who have their memories and personalities erased and new ones implanted to fulfil the client’s demands). The central character of the series is Echo, played by Eliza Dushku (Faith from Buffy), who also happens to be series producer. I suspect it is so she can exercise her acting chops instead of just her karate ones. Unfortunately, this is one of the show’s weak points, as she really doesn’t have the range to convincingly pull off all these different characters every week. She was great as Faith, but then she did get some of the best lines and got to kick ass. Most of the time in this show she reminds me of her character from Tru Calling.

Although Dushku does dominate the show, there are plenty of other characters harvested from Joss’s previous shows, and other cult fare, such as Tahmoh Penikett (Battlestar Galactica), as an FBI agent investigating the mysterious Dollhouse, and Harry Lennix (THE MATRIX) as Echo’s handler. 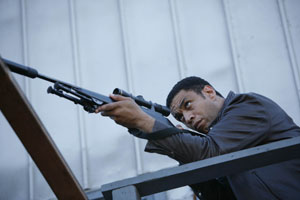 If you are finding the first episodes slightly insubstantial it is worth sticking with, but pay attention because in episode six, Joss takes the writing credit and opens up a bit of a Pandora’s box of plot twists and turns that really get the series moving. It was a bit of a gamble having such a slow intro, especially given the way networks like to axe show before giving them a chance to develop and pick up a dedicated audience, but when the show kicks off it is worth hanging around for.